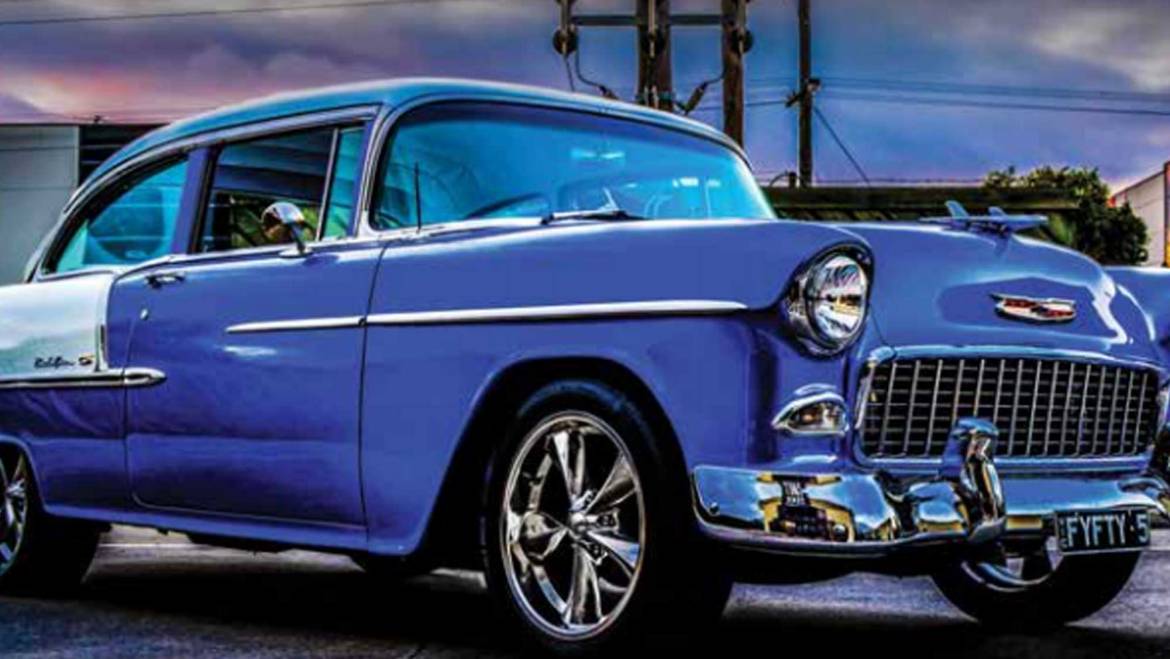 Jim Pittas had a passion to restore a Chevy – originally a 57. However, a couple of years of looking at the local offerings for sale left him unimpressed – he felt they were expensive for the quality of the cars. It was a suggestion from a friend that prompted him to turn to America, specifically the website Craigslist, which is famous for having everything for sale!
“A friend of mine who imports cars told me to get on Craigslist and have a look,” explained Jim when asked why he sourced his car from America. “They were a pretty good price and the Aussie dollar was pretty strong in 2013. I found a 55 Chevy for USD$18,000.”

After checking out the car’s papers and making sure everything was legitimate, Jim put in an offer which was accepted. All that was left was to get the car from Baltimore to Victoria. That was up to Jim’s friend Tony “Gee” from TGS Service Centre in Moorabbin, who regularly imports cars to Australia from the US.
“Within two weeks, the car was packed and ready to come over,” said Jim. “The hardest part was the waiting!”
The Chevy arrived between Christmas and New Year Day, and without hesitation Jim jumped straight into bringing the classic car back to life. Despite the 40-degree summer heat, and the fact the car had more rust than promised, Jim had the car completely stripped back in a couple of weeks.